Thank you ALL who CARE! I love the images - and appreciate journalists who are reporting them: of peaceful protestors and the police who are hugging, speaking respectfully or kneeling with them. I know we/#TuesdayswithTillis like some of the police we saw every week  and hope they are doing OK.
The instigators - extremists on BOTH sides have to be dealt with-some are desperate angry people, some are from extreme groups, some  on the far-right including Boogaloo-which wants violence, they are anti-government yet mostly pro=Trump and they are on Social Media!!!
I worry a great deal about the bump we will see within a couple weeks in Covid19 hospitalizations and deaths.  POC  will suffer the most. Sure many wore masks, but hard to social distance and of course chanting/singing/yelling spreads germs/viruses more. Not condemning this important response to the deliberately cruel murder of George Floyd, and others, but it is going to happen.
In the midst of a pandemic-we must fight for the right to VOTE by mail, which is safer and more secure for MANY reasons-which is why #MobsterPOTUS is tweeting so angrily about this. If you have your ballot-you know you can vote!  Voting by mail also leaves a paper trail, and could even be hand counted. #REALITYmatters Voter Suppression of many kinds occurs-but in 2016-Russia joined with the far-right team-Trump & targeted communities with many POC.
We are still under attack-constantly by Russia-pushing far-right hate and DISINFORMATION on the Pandemic to promote distrust and destabilize democracy!
Tomorrow will mark Reality Winner's 3rd year in prison. I think of her not only as a political prisoner but also as a POW.  Say her name too. #RealityMatters! 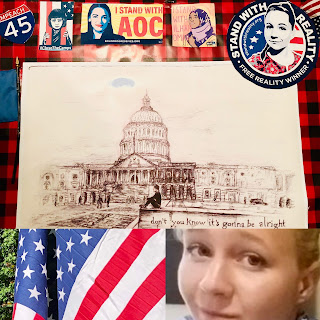 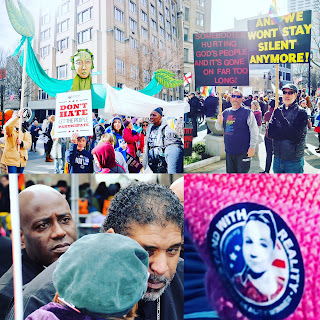