#VoterSuppression harms US and our world. #Realitymatters.
Posted by jarnocan at 6:53 AM No comments: 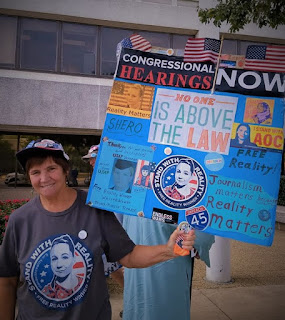 www.standwithREALITY.org Voter suppression of many forms has been going on for decades.
This has resulted in real damage to our country and world.
I often wonder where would we have been if Al Gore had been elected. Would we have been further ahead in efforts to deal with the ongoing and growing climate change catastrophes?
WE can’t go back but we must deal with these multifaceted attacks on our democracy, if we want to make progress on any other issues we care about. We have to not just throw money and work so hard to get the vote out. We have to make sure those votes count!
Voter suppression played a major road in our current ongoing multifaceted tragedy-that is Trump. USAF veteran Reality Winner informed us-of Russia meddling in voter Registration systems in-order to suppress the vote, this impacted at least 21 states and Durham, NC was 1 of the most severely impacted. These attacks apparently targeted communities with many POC.
Trump tweeted about and -thereby acknowledged #RealityWinner is in prison for 63 months for informing US of Russian hacking into our elections infrastructure. Yet Trump lies about this frequently!
Voter Suppression also affects every election up and down the ballot.
Senate Intelligence Committee report reveals that Russia's attempt to hack America's election systems in 2016 was more widespread than previously thought. The heavily-redacted report, which is the first of five volumes the committee will release on Russia's meddling, reveals that Moscow didn't just target 21 state election systems, as had previously been reported—they were going after all 50.
Also never forget the attack by Russia was multifaceted, and that Trump welcomed their help- their crimes against us and has lied many times to obstruct justice and promote hate.
Putin used Trump and hate as weapons to harm America. 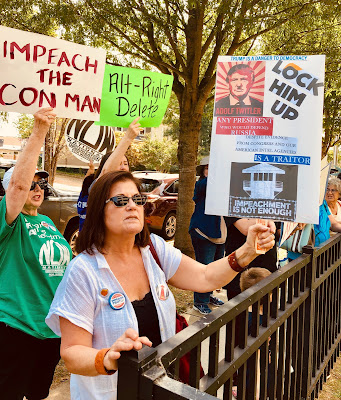 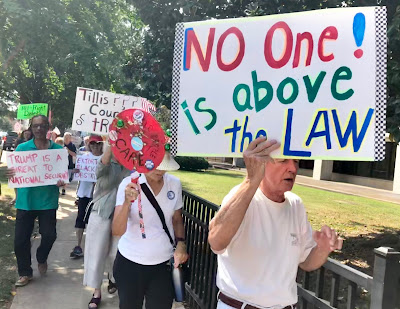 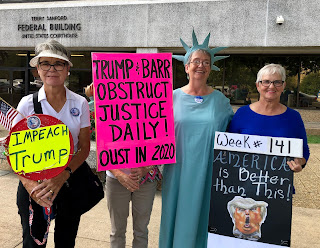 REALITY matters. I do not speak up about #RealityWinner -just to free her, although she should be freed, but because her story tell us so much about our dangerous situation. Just like when I mention the #TrumpEpstein rape case- it isn’t really about justice for Katie or Maria, but as a warning- about who Donald Trump is.
REALITY matters. That’s why our whistleblowers are heroes and hopefully someday will be honored for their sacrifices and risks they take.

Trump sent AG Barr overseas to meet with foreign intel officials seeking information, intended to discredit our US intel official’s reports on Russian hacking & meddling in our 2016 election!
But Trump acknowledged that Russia meddled in our elections when he tweeted about USAF Veteran and Whistleblower Reality Winner ‬
He mocked AG Sessions for charging her with espionage, and tweeted that her 63 month sentence was harsh. He concluded that Sessions should have gone after Hillary Clinton.
Sessions of course should have been recused from any involvement in this case involving the Russian attack on our country. Just as Barr should be recused from the Epstein crimes and -much more..of course.
How ironic is it that Trump is turning to the NRA to help him fund his impeachment defense-the very organization that helped with Russian money laundering and influence- to elect him. Remember the Russin sparrow Maria Butinia? She is being treated like a hero by Russian emissaries from the Russian consulate while she serves her relatively short 18 month sentence.
Meanwhile NAZI SomeBastard Gorka is traveling around Europe with Sec of State Mike Pompeo digging up dirt too. Pompeo who we now know was also on Trump’s mobster like call to the president of Ukraine seemed to forget most of the details.
Zelensky was a successful comedian before he ran for office. Maybe that helped him to not lose it in front of Trump when he said he felt no pressure.
Ultimately Trump’s own actions and words will condemn him more than any whistleblower or journalist can. Most professional journalist try to be fair and balanced, but of course are imperfect at times. When they fail it is more often by not telling us enough, or falling into the trap of false equivalency.
Reality took action on the same day- Trump fired FBI director Comey -mailing the document to the Intercept-an online news source. She did this in part because she knew some were skeptical about the information concerning Russia attacking our elections. She also did not believe she had any other way to get the information to those who needed to know. She worked for a private for profit company-an NSA contractor and the information concerned the hacking of another for profit company; Voter Registration Systems.
Yesterday on CSPAN they showed a Congressional hearing still discussing how to safeguard our elections from these kinds of attacks. It was painful and sometimes cringeworthy to watch. Of course no one mentioned the whistleblower who has been silenced. Our country still seems more concerned with saving face than the REALITY of how much voter suppression there is, nor how vulnerable our elections are.
Just like what happened over 2 long years ago, during the Lester Holt interview, when Trump admitted he fired FBI director Comey because of the Russian investigation, which meant the official Whitehouse statement was bullshit, Trump has again taken to twitter and made other statements revealing his true intentions.
Trump also tweeted that the evangelicals are extremely angry and that his impeachment would likely lead to a civil war.
His tweets as usual are meant to intimidate, distract, obstruct justice and to promote hate. 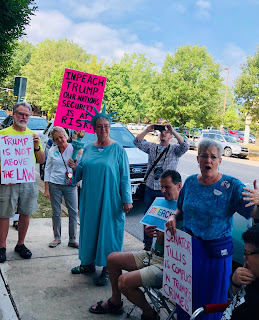 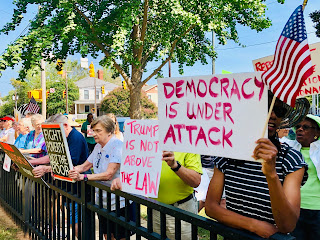 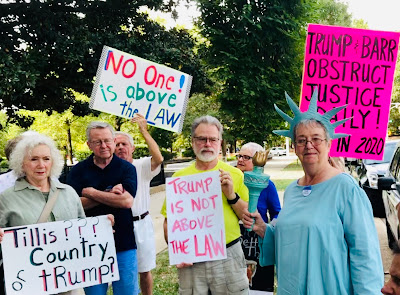 Posted by jarnocan at 3:45 PM No comments:

WOW -Trump's presser was nuts used a few of his favs like "Stable genius" "Fake news" and called CNN reporters corrupt -saying we would be better off without them:(Also just saw this from the #WeThePeopleMarch Wendy Meer Collins -Reality's mom good friend has daughters around the same age.Good job! https://youtu.be/3gxXkr2cBTQ via @YouTube Brief talk on Reality! I should have ended the way she did:)Meanwhile Putin was just making jokes about interfering in our elections -saying he would do it again in 2020.USAF veteran #RealityWinner?! Trump knows she is his political prisoner! #trumpRUSSIA #Whistleblower -this is NO joke, 5+ years in prison, after serving 6 in military-right out of high school!! See www.standwithREALITY.org for more info #FreeRealityWinner !
Posted by jarnocan at 3:38 PM No comments: