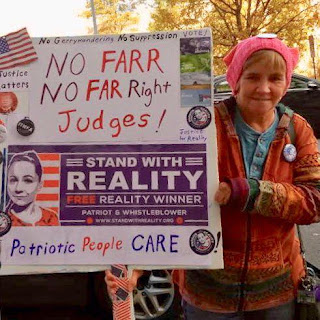 On Twitter, I noticed I am likely shadow-banned again. I don't think it was overly posting about #RealityWinner, that triggered it.
I think it was because- when I read tweets about Avenetti being charged with abuse (set up by right wing nuts-their actress refused to leave his apartment apparently) and Monika Loosewinski (old brief affair let's MoveOn) I would mention the #childRAPEtrump case which was withdrawn 11/4/16.
I often mentioned it without the hashtags, already know those get me suspended, but it still evidently gets reported. I feel it is relevant BECAUSE it is so hypocritical that the MSM falls all over itself for certain stories, but chooses to ignore much more serious REAL ones.
When you are shadow banned you are NOT informed, your post look like they go through, but will not show up anywhere, except on your own feed, and even then I think a follower has to check your 'tweets & replies' to see them.
I admit I do report disgusting dangerous LIES on FB + Twitter, fake news + apparent troll-bot accounts. But I sincerely think there is a difference spewing Russian based LIES and telling the TRUTH about important underreported important stories.
Honestly, I think my plays #REALITYofTrump + Q Stands for Quazy are more important and actually could be a lot more entertaining than regurgitating this Clinton crap.
We have a liar racist rapist mobster & traitor in The White House according to sworn affidavits by a plaintiff & 2 witnesses, and based on so much more of his history:)
Katie's case was withdrawn out of FEAR due to threats after (Russian?) computer HACKING!
USAF veteran Reality is in prison for leaking evidence that Russians attcking our elections via computer HACKING.
A young man from NC (veteran?) went to WDC + shot up a Pizza Parlor because he believed disgusting dangerous LIES, pushed by #altright hate groups and Russian trolls + bots. The restaurant was targeted because they held a fund raiser, which was mentioned in emails stolen via Russian HACKING! 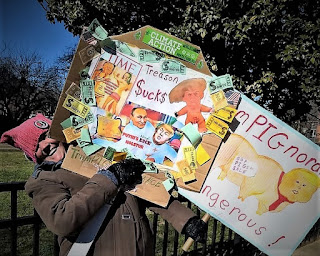 Posted by jarnocan at 7:11 AM No comments: