So much is happening, if you don't feel overwhelmed and slightly suicidal you either haven't been paying attention or you do not comprehend the seriousness of it all.
How can anyone focus on 1 issue when disaster seems imminent and avoidable only if drastic action is taken immediately, yet everything seems to be moving so painfully slowly.
Have you been fighting the urge to scream? I feel like I am from moment to moment, just holding back.
Environment, health care human rights under assault, and nothing we do, writing, protesting, phone calls, social media seems to be doing a lot. Like we just don't really matter.
Well a few things have got my attention today: yes we all know about 2 pages of Trump taxes, and so many ties to Russian oligarchs and that there are investigations, of some kind....

I want to discuss something else; Another women has come forward, who as a teenager worked at Trump's Mara-largo resort to accuse Jeffrey Epstein of sexual abuse. Virginia Roberts who accused Epstein, Prince Andrew and famous lawyer and professor Alan Dershowitz, also began as a $9 an hour Mara-largo girl wearing a white min-skirt and tight polo shirt uniform.
Epstein of course was also Trump's codefendant in the #childRAPEtrump case ended abruptly prior to the election, due to numerous death threats. I wonder if there was a generous pay off too, because Epstein had paid numerous accusers off in the past. I also wonder if that would have included the eye-witness who was an Epstein employee a party planner in charge of some of the young talent.
Another side story is the current labor secretary nominee Acosta was instrumental in the sickeningly sweet plea deal Epstein received as a convicted pedophile!
So for those who don't know the case against Trump and Epstein was very brutal. Those attacks allegedly occurred in Epstein's huge upper East Side mansion and involved a runaway girl from the Midwest who was 13, and a 12 year old called Maria. I suspect Maria may have been an immigrant. Both Epstein and Trump are known to have used immigrant girls as 'talent' and Maria apparently disappeared for being uncooperative and complaining that she would tell someone. According to sworn testimony Trump boasted that he made the girl disappear and would do the same to the plaintiff and even go after her family if she EVER told anyone! Sadly an immigrant child may have been easier to dispose of. I wonder #whereisMaria ? 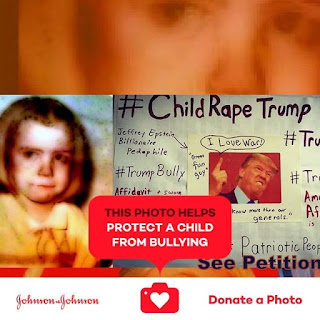 On my Facebook page I have a couple new articles  and a few older links for you to read more https://www.facebook.com/PatrioticPeopleCARE/