Suggestion: print on orange paper and post or on orange 4/6 inch cards and mail, or just make your own. The color doesn't really matter- your presonnel request for Peace, justice and the restoration of our nation's credibility via ACCOUNTABILITY is what really matters! 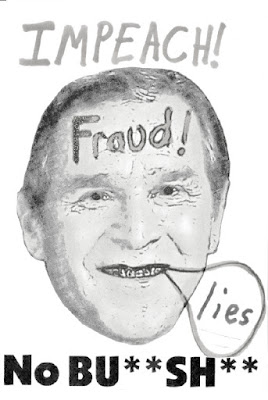 Well so they start with Cheney, if it leads to genuine investigations, and consideration of the facts, it should pave the way for ACCOUNTABILITY and the restoration of our credibility.

Posted by jarnocan at 9:07 PM No comments: 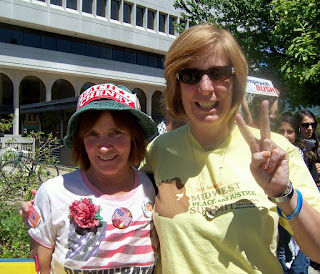 Posted by jarnocan at 9:12 PM No comments:

Keep it up - Impeach PETITION!

">Link Rosie O'Donnell was speaking for a lot of people when she exclaimed recently,"What do you have to do to get impeached in this country?" But what will make it really happen is when each one of us speaks for ourselves, and we contact our members of Congress to finally demand Constitutional responsibility, and keep doing it again and again." ACTION PAGE: www.millionphonemarch.com/impeach_already.php YEA!

Rosie stated her view that the official story concerning building 7 at the WTC, and perhaps 911 in general is suspect. Many people feel this way including many relatives of victims and survivors. So what?Does anyone think we haven't been lied to by the BU**SH** regime? See http://911truth.org for more info. Cindy Sheehan impulsively decided to confront Bush in Crawford Texas at this home concerning her son's death in Iraq and has repaed the whirlwind. she is sincere and courageous. http://gsfp.org Micheal Moore has made several incredibly worthwhile documentaries, and his web page has a great deal of wonderful important information and charitable links. http://michealmoore.com Other heors of mine are David Swanson of http://afterdowningstreet.org and Brad Friedman of http://velvetrevolution.us and Col. Ann Wright of VETS for Peace. Rev. Sun Myung Moon is not a hero of mine but he is to the Bush Crime FAmily! Feel free to tell about your heros. 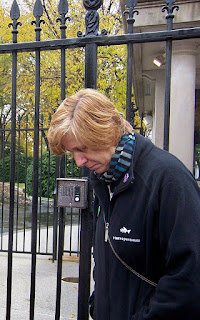 to speak in Greensboro on April 21st.

She will be appearing at a rally at Governmental Center in Greensboro, NC The rally will begin at 12 noon.
Cindy Sheehan is an internationally known mom and peace & social justice advocate whose son, Army Specialist Casey A. Sheehan, was killed in action in Sadr City, Baghdad, on April 4, 2004. As an act of protest against the war, in August 2005 Cindy took a stand outside of George Bush's home in Crawford, Texas, asking what noble cause her son died for. She is also a central leader in the movement to impeach President George W. Bush.
Posted by jarnocan at 10:18 PM No comments: