MARCH on Pentagon! (or wherever you are!) 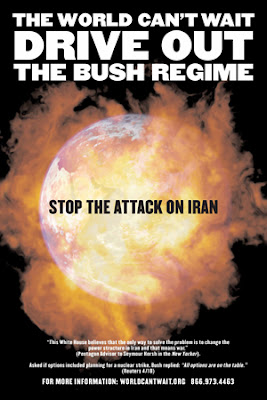 Stop the Wars in Iraq and Afghanistan, and Hands Off Iran!
Impeach Bush and Cheney for War Crimes and Crimes Against Humanity!
Support Military Resisters!
ST. Patrick's DAY is not just about green beer anymore.

THE PENTAGON Saturday March 17
if not do what you can locally
to find or list an event http://www.unitedforpeace.org/
GREENSBORO NC rally -
Our honored guest who needs and deserves our support is Greensboro resident Pvt. Terri Johnson.


George Bush and Dick Cheney must be impeached for war crimes and crimes against humanity!
Millions are against the war, spying, torture, the abandoning of
Katrina survivors, a spreading theocracy and suppression of science—and want the whole disaster of the Bush regime to be brought to a halt.
The more we demand impeachment, Bush’s war options will grow more limited; the more his war crimes are exposed, the greater the impetus for his removal and repudiation. It is time we rise to this challenge in unity with each other.
The opposition to the war people feel in their hearts must become something they put on the streets. Resistance to the war from within the military by people like Lt. Ehren Watada and many, many others must be supported and encouraged by people outside of themilitary. The invasion of Iran MUST NOT HAPPEN. The people are on our side,the momentum is on our side, the whole world is on our side. The challenge: are we going to move heaven and earth to remove the criminal Bush regime, ending the war and repudiating the direction they’ve taken this society?

The following concerns our local Greensboro rally BUT the info about Mr. Kinane and his afiliated organizations is important for us all!
March 17, 11 am Downtown Greensboro, Governmental Plaza, Green St. http://ncwcw.blogspot.com/

AS U.S./IRAN TENSIONS HEAT UP, ACTIVIST ED KINANE RETURNSTO WAR TORN MIDDLE EAST (IRAN) I an very pleased that Ed Kinane will be joining us after just arriving back from this important trip.

Veteran peace worker ED KINANE will fly from Syracuse to Iran on Wednesday, Feb. 28. Kinane will be part of a 14-day civilian diplomacy delegation organized by the international peace group, Fellowship of Reconciliation.This 25-member friendship delegation is the third in a series of F.O.R. peace missions to Iran.... The missions work to build solidarity between the people of the United States and the people of Iran.
Kinane says, "These days saber rattling is bringing the world to the
brink of further war. We civilians can't sit by and let governments destroy us all."
A native and resident of Syracuse's southside, Kinane is a graduate of
S.U.'s Maxwell School of Citizenship. Since the late seventies Kinane has been active with the Syracuse Peace Council. In 2003 Kinane spent five months in IRAQ with the human rights group, Voices in the Wilderness. Kinane resided in Baghdad before and during the U.S. invasion. He returned to Baghdad several months later to report on the U.S. occupation....

To learn more, visit www.forusa.org/programs/iran. Mr. Ed Kinane is a speaker, educator and activist from the Voices for Creative Non-Violence 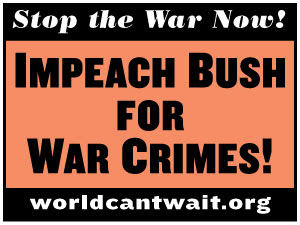