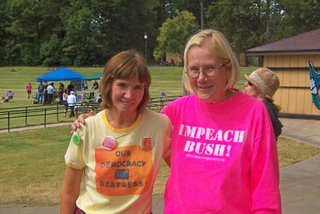 Col. Ann Wright the former diplomat is a true hero You can learn more about this wise and wonderful woman here http://truthout.org
Posted by jarnocan at 11:07 PM No comments:

http://capwiz.com/pdamerica/issues/alert/?alertid=9055781&queueid=[capwiz:queue_id] link to support Voting / Paper ballot bill sure it doesn't go far enough to restore our democracy but it is an important step.
We've got to do whatever we can, step by step. Take some steps on Oct. 5th because;

Posted by jarnocan at 3:35 PM No comments:

Granny knows our WCW! United!::Oct 5::Stand up for Love! 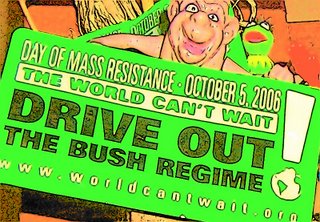 ::The World Can't Wait! cute video promo-link http://www.youtube.com/watch?v=bgKI99OLOuw
Also here is where you can support the Human rights activist brutaly arrested in Charlotte, NC www.petitiononline.com/thefive
We have to stop the BU**SH** which has permeated throughout our goverment, and MORE is coming- it is getting WORSE!
These are pics from other peaceful rallies. Same sh** different places. NJ, NY and Greensboro, NC - are where I witnessed this crap- unjustifiable-arrest-intimidation and brutality- of course WDC-but I never really witnessed anything nasty happen there. Many police-people are nice, but I think certain ones- must get some special instructions- really! Because sometimes this stuff seems to suddenly come right out of the 'blue'.

Defend The Charlotte Five & the Right to Dissent
Sign the petition www.petitiononline.com/thefive
Over 800 have signed in less than 36 hours. It is the 7th most active out of thousands on the petition site. Spread the word!Protesters call for charges to be dropped

An online petition with hundreds of names calls for police to drop charges against protesters arrested Saturday in a scuffle with police in uptown Charlotte.

Six people were arrested ... One of the men arrested was hospitalized overnight Sunday because, he said, police caused broken ribs and a punctured lung.

Protesters say police infringed on the rights they were trying to uphold at Saturday's Human Rights Fest.

Peace, justice, accountability, impeachment, environment, fraudulent elections, human rights and so much more we care about. Do what you can, and tell everyone. Our world can't wait. 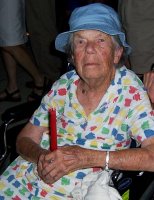 There are many wonderful resources at this link to help you do what YOU CAN to help US!

Get Involved
Sign The Declaration Of Peace
Find An Event
Find An Organizer
Take Action September 21-28
and much more...

http://declarationofpeace.org/get-involved
-also to connect with others who share your cares and concerns, something we all need.
Posted by jarnocan at 8:10 AM No comments: 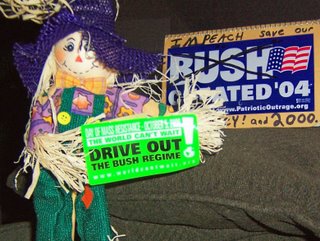 ...The GOP and Jack Abramoff conspired and successfully stole our democracy through extremely corrupt dealings between Abramoff, Greenberg Traurig, Convicted GOP Rep. Bob Ney of OH, the White House and....

TIME LINE http://vvlobbydays.blogspot.com/ More information and links can be found here.
Posted by jarnocan at 11:04 PM No comments:

I can't wait til Oct. 5th. The USA can't afford to wait and OUR World Can't Wait!
http://worldcantwait.net/index.php
Posted by jarnocan at 7:36 AM 1 comment: http://www.youtube.com/watch?v=g1OA2wHcBt4 You can also read his brilliant comments here or watch the video : http://www.msnbc.msn.com/id/6210240/ I don't want to even quote him because a single quote would be a disservice. Might want to send a thank you note here: viewerservices@msnbc.com THANKS again!

Also one more reminder You can get the 9/11 Press For Truth DVD http://www.911truth.org/ "riveting No “conspiracy theories” – JUST QUESTIONS and the DEMAND FOR A NEW INVESTIGATION! You can also buy it from Amazon.com
Posted by jarnocan at 10:28 PM No comments:

Impeachment may not be polite but it is the RIGHT

thing to do.
Bush Crimes Commission to Release Verdict http://www.bushcommission.org/
International Commission of Inquiry On Crimes Against Humanity Committed by the Bush Administration
"When the possibility of far-reaching war crimes and crimes against humanity exists, people of conscience have a solemn responsibility to inquire into the nature and scope of these acts and to determine if they do in fact rise to the level of war crimes " -- from the Charter
Posted by jarnocan at 9:00 AM No comments:

Thank you for telling the truth from your enlightened perspective.
http://video.freevideoblog.com/video/a9f5b4c9-f31a-4628-9462-983901619005.htm flash
We need more honest and compassionate people in the media.

$40 million dollars was spent by far -right fanatics on a politically motivated documentary-dramatization also dubbed "the official story and "how it happened" by ABC and Disney. The broadcast was shown without commercials on prime time. They think it is OK because they say they may have fictionalized some scenes (usually indicates- added dialog ,making it more colorful-time compression- of course-duh) They went way beyond that, and it is glaringly apparent that they did so intentionally for political purposes.

They think it is OK because they could get away with it. We used to have rules, we use to have a media that seem to try harder to be fair and balanced. Professional journalist and reporters that wanted to get it right (not just politically right). We have suffered so much because of fraud and lies.

"No election, whether fair or fraudulent, can legitimize criminal wars on foreign countries, torture, the wholesale violation of human rights, and the end of science and reason."

According to Richard Clarke:

a deep disservice both to history ....
Sadly, ABC's Entertainment Division hired a production company and screen writer who were apparently unqualified to deal with this historically important subject matter.... Some of the most outrageous scenes were removed ... What remains, however, is not the true story as told by the 9-11 Commission.

Posted by jarnocan at 8:42 AM No comments: 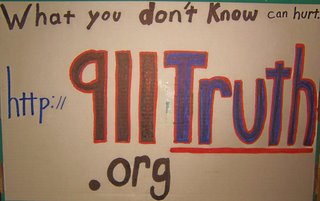 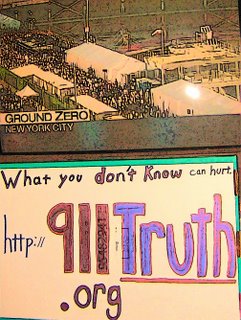 We have a right and need to know the truth: the families of the victims, the thousands of victims since 911, and all of US who care! I am really very sorry, and I wish I could do more to help.
Posted by jarnocan at 8:47 AM No comments:

To try to learn the PAINFUL truths concerning 911. link

Posted by jarnocan at 2:15 PM No comments:

Reading makes a Country GREAT! so here is some good reading.

ABC and Disney have conspired with far right political operatives to use terror as a way to promote their agenda.
Here is a link with more information and actions to take concerning this cruel use and abuse of one of our most painful and tragic events.

According to ABC's commercials-
Official True Story what a horrible, disgusting LIE!
http://www.youtube.com/watch?v=aHgbeJu1WGk
Commercial says "official true story" in the beginning and it reads across the screen. They have been lying their butt's off and getting away with as much BU**SH** as they can. I hope people will be encouraged to seek out more of the truth because of their bold face LYING! http://911truth.org a good place to start.
Posted by jarnocan at 12:09 PM No comments: