Please sign the above petitions if you haven't and send those post cards to congress and the media. We have a right and a need to be told the truth! 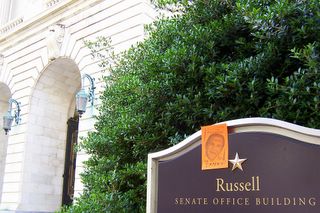 �"necessary to create the conditions"� which would make it legal.

U.S. Toll in Iraq Pushes Past 1,700
By PAUL GARWOOD, Associated Press Writer
BAGHDAD, Iraq - The military announced the killing of four more U.S. soldiers over the weekend, pushing the American death toll past 1,700 - more than double what it was a year ago. Since last June 13 - when 825 members of the U.S. military had died in Iraq - the insurgency that took shape with the fall of Saddam Hussein has increased its toll on American forces and Iraqi soldiers and civilians alike."

London Times reports a new memo..
dated July 23, 2002, stated that because "regime change was illegal" BushInc. determeined it “necessary to create the conditions” which would make it legal. (that sounds pretty illegal to me)
"MINISTERS were warned in July 2002 that Britain was committed to taking part in an American-led invasion of Iraq and they had no choice but to find a way of making it legal. ...Tony Blair had already agreed to back military action to get rid of Saddam Hussein at a summit at the Texas ranch of President George W Bush three months earlier".
Rep. John Conyers (link to petiton above) letter to Bush, has now written to Dearlove (former MI6 chief) and questioning if he believes "intelligence was being “fixed” around the policy", and if Bush and Blair they agreed to “manufacture” the UN ultimatum in order to justify the war.

Rep. Conyers and other Democratic congressmen plan to hold an inquiry this Thursday with witnesses including Joe Wilson, the American former ambassador who went to Niger to investigate if Sadam had been attempting to buy uranium ore for developing nuclear weapons.
As a reminder it was Joe Wilson's CIA agent wife Valerie Palme that outed and endangered, by the BushInc. leaking classified information apparently via the White house whore/chore boy to Bob Novak. This sordid and immoral tale in itself would seem to be ample grounds for an impeachment inquiry IMHO.
Posted by jarnocan at 6:36 AM